The East Lothian ECO Stars fleet recognition scheme has been running since July 2016. It has been delivered by TRL since then, building a dynamic network of fleet operators and encouraging positive action against contributions of those members to local transport-related emissions.

This project joins 25 other live ECO Stars schemes in the UK as a highly rated intervention forming part of local authority Air Quality Action Plans. East Lothian borders Edinburgh to the east. Although predominantly rural in nature, the proximity to Edinburgh gives significant population density in the west of the authority, principally in Musselburgh, the largest town. Other towns, such as Haddington, also form part of Edinburgh’s commuter belt. In addition, the critical A1 transport link, which creates a significant transport artery to Edinburgh from the east, bisects the authority. East Lothian has one air quality management area (AQMA) covering Musselburgh High Street. The AQMA was declared in 2013 and concerns NO2 emissions. ECO Stars has been a critical action promoting sustainable and environmentally responsible transport within East Lothian. Alongside other interventions such as promoting active travel and clamping down on idling, forms part of East Lothian Council’s strategy for improving local air quality. Since its inception, East Lothian ECO Stars has built an active and growing membership of local fleet operators.

In total, the East Lothian fleet scheme has successfully recruited 204 commercial vehicle operators as members. These members operate 7,415 commercial vehicles in the local area. Members are drawn from various industry sectors and across a range of organisational sizes, from SMEs to ‘high street’ and national supply chain operators: all with operations in East Lothian.

In 2022, membership is dominated by freight operators and those classed as ‘other’, i.e., van or mixed vehicle fleets. This is to be expected and primarily reflects other ECO Stars schemes. Bus and coach still representation totals 20% at present. Membership by star rating shows a significant number of 5-star operators, which can be used as good examples of best practices for other operators. It is important to note that 5-star operators also benefit from membership and can continue to improve their environmental practices. For example, 54% of the membership is rated four stars showing good practice, but with an opportunity to reduce their impact on local air quality further. 22% of the membership is rated as three stars or less. These are the operators with the most to gain from implementing ECO Stars recommendations. 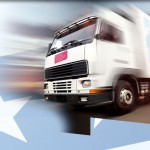