Councillor Ray Truman, cabinet member for licensing and regulation hosted a launch and photoshoot opportunity at the civic centre in Newport to recognise the efforts of those who have joined the scheme so far and to outline the benefits of local companies signing up.

Cllr Truman said: “We are delighted to be bringing the ECO Stars scheme to Newport and will be spreading the word about the benefits of fleet operators signing up to get help and advice on how to operate more efficiently, reduce fuel consumptions and as a result reduce costs.

“This will help the council’s drive towards a cleaner greener Newport.”

Newport City Council’s Transport Unit has been awarded a four star rating from the scheme.

Ann Beddoes, ECO Stars scheme manager from Barnsley Metropolitan Borough Council said: “I am delighted to welcome Newport City Council as members of ECO Stars, the first scheme in Wales. I wish them every success in their drive to reduce air pollution and improve air quality.” 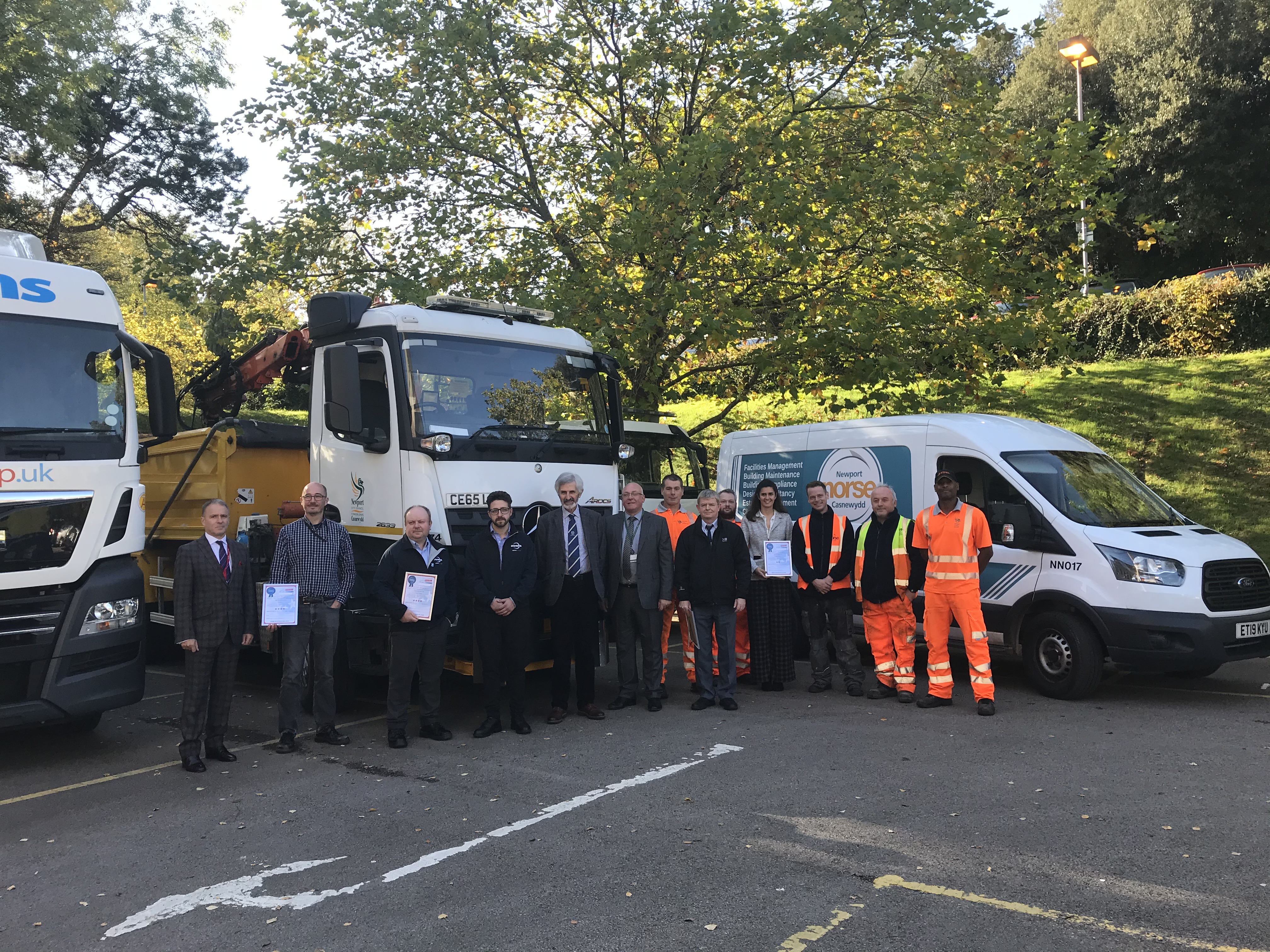